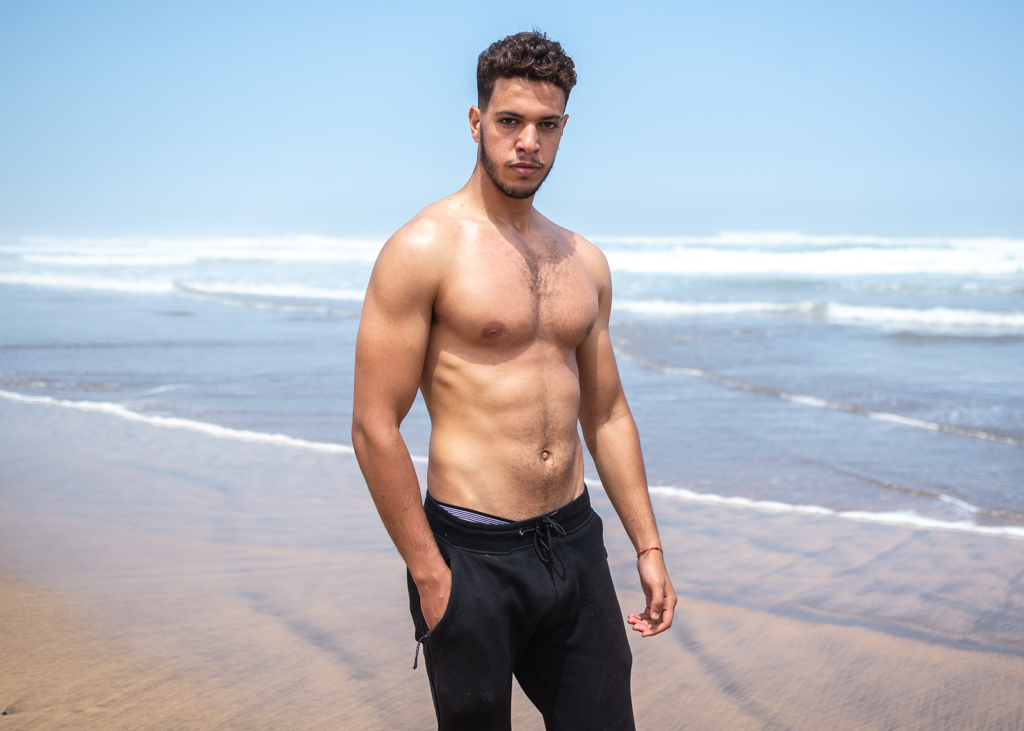 This trip to Morocco was long overdue. I’ve published 34 editions of my magazine Elska over the years, showcasing different cities around the world, but only one of them took place in Africa. Though outside Cape Town, Africa is a very tough place to be gay.
Morocco is a rather popular destination for LGBTQ travel, and some have even likened it to a sort of gay paradise. However, most of this queer folklore comes from a bygone era when writers like Truman Capote, Gore Vidal, and Joe Orton exalted the country as a “haven for gay Westerners.” I wondered how much of this reputation remained true today. In particular, I wanted to meet local LGBTQ people, not travelers, and discover what gay life is really like in Morocco. 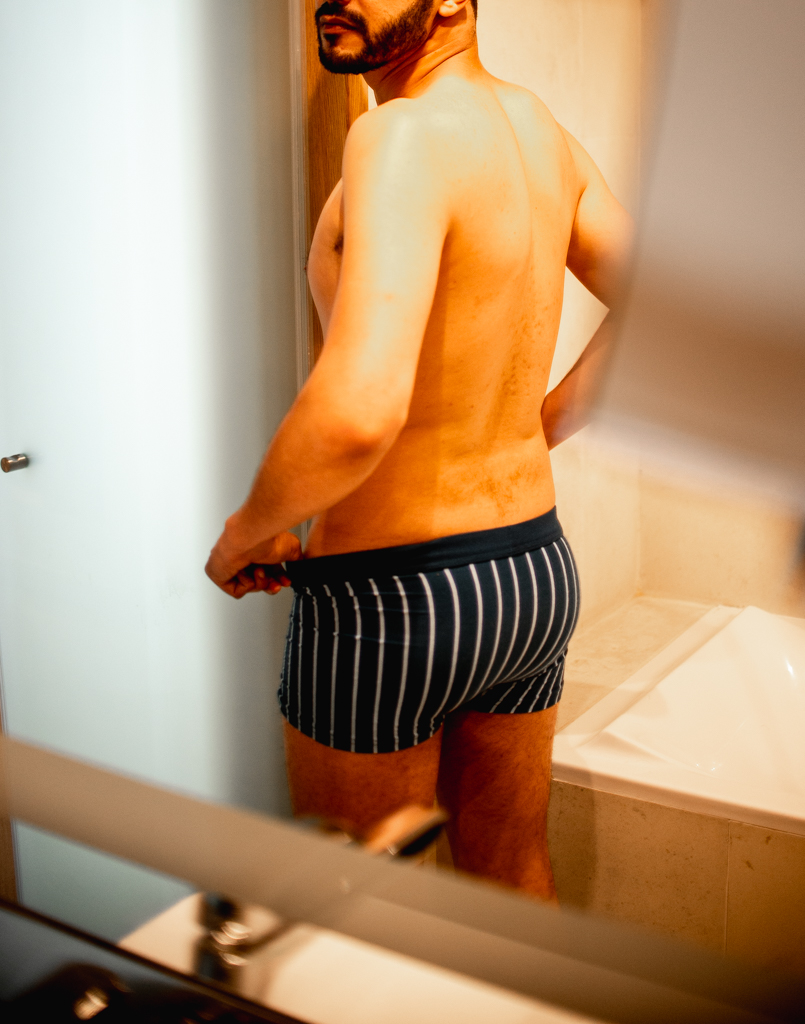 Gay Moroccans are here… if you know how to find them

Usually, around a month before a shoot, I reach out to local contacts. Though I encountered a few hiccups here. Homosexuality is illegal in Morocco, and social media has been used to target and harass members of the LGBTQ+ community. I needed to be extra careful.
So, I contacted a few gay Moroccan activists living in France and asked for advice. Then put me in touch with friends in Casablanca who were thrilled by the idea of shining a light on their community. However, none of them were willing to settle on a time to meet, let alone do a photoshoot. They wanted to play it by ear, a signal I interpreted as them needing to build more trust first. They’d want to meet in person before making such a commitment.
The idea of going to a city without a single meeting planned was frankly terrifying, but I didn’t feel I had a choice. I could either abandon the project, writing it off as “too difficult,” or be willing to overcome these roadblocks put in place by their society. So I flew out and then did the most obvious thing to get in touch with the local gays-I turned on the apps. 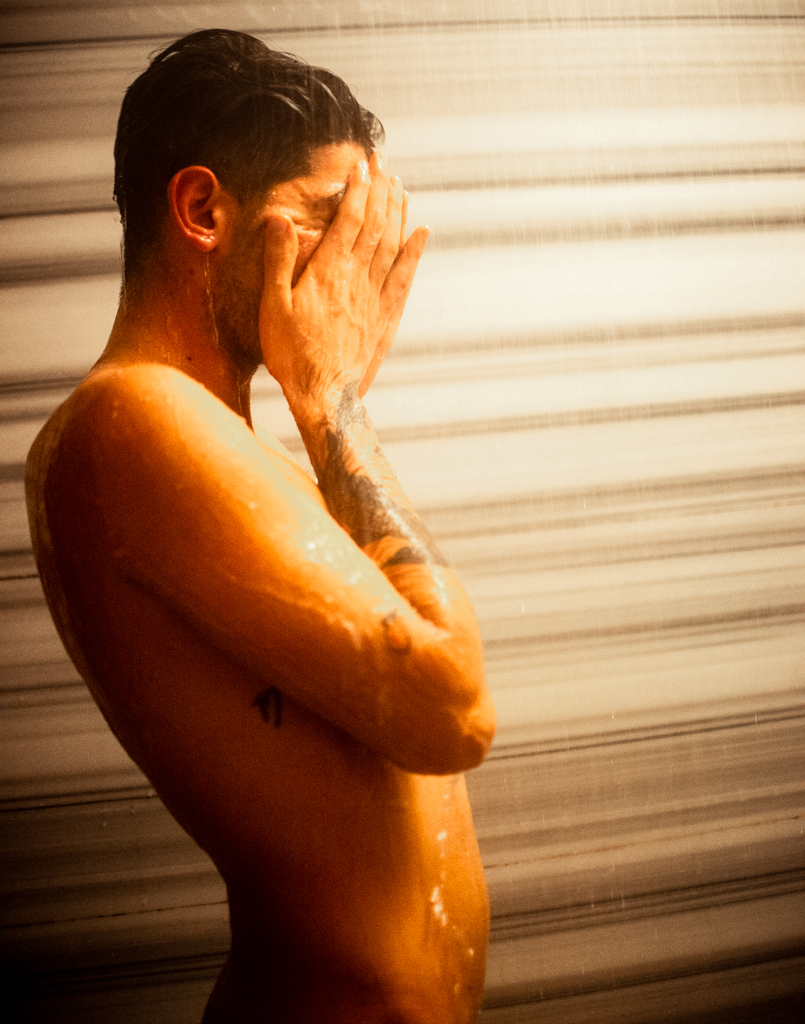 The messages came through faster than I could possibly imagine.
Of course, most of the messages I was receiving had one thing in mind, and that was not meeting for an interview and photoshoot. There are no gay bars or other explicitly gay-friendly spaces here. So most folks in Morocco use dating apps or cruising grounds. Both options could be dangerous, but they seemed like the only way. I did hear of a few safe-ish spaces. (I cannot disclose their locations.)
Fortunately, many of those who messaged me turned out to be willing to meet. Though most did not want to be photographed, or at least not their faces. Again, I had to agree to work within their boundaries. 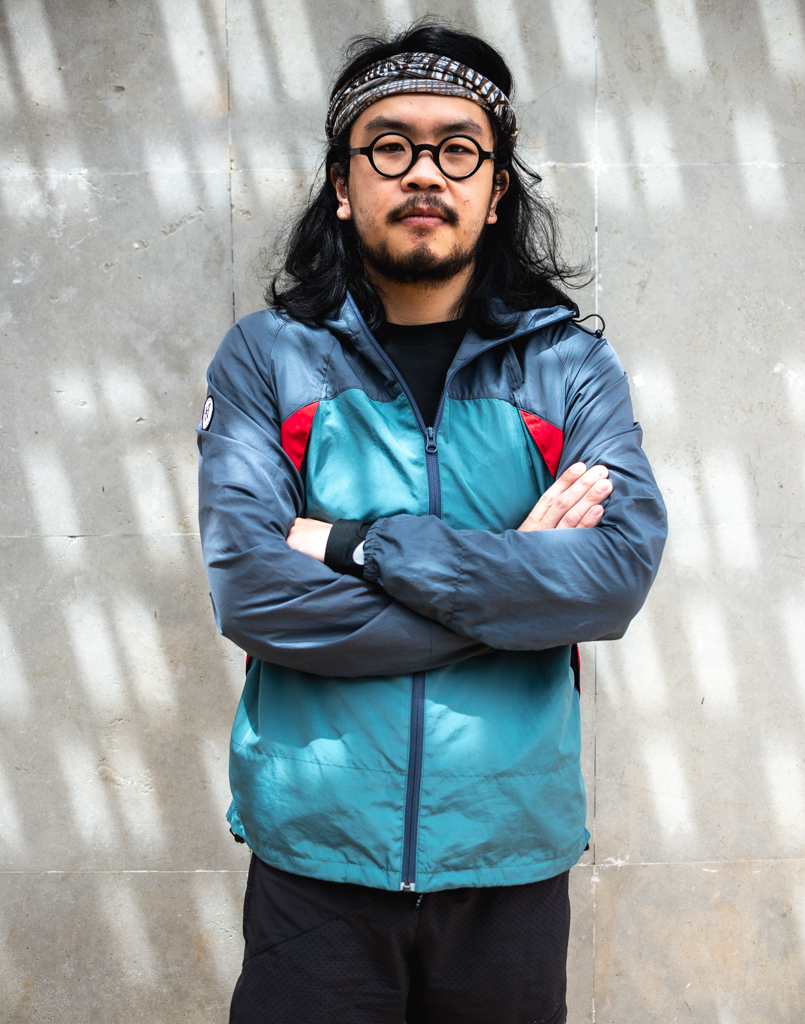 Indra was the first guy I met in Casablanca willing to show his face. Originally from Indonesia, he had been living in Morocco for many years. He came first to accompany a Moroccan boyfriend he’d met when living in Europe, and ended up staying.
He said he loved Morocco even if it wasn’t the easiest place to be gay. Admittedly, it wasn’t easy being gay in his native Indonesia either, so perhaps he was used to it. He talked about pluses and minuses, one of the most notable being that he traded gay freedom for a lack of racism, something he experienced a lot when he was in Europe. “Moroccans love Indonesians,” he explained. “As a mainly Muslim country, we have that in our favor. And also a lot of them confuse me for Chinese, who they also love, mostly because of all the Chinese investment here.” 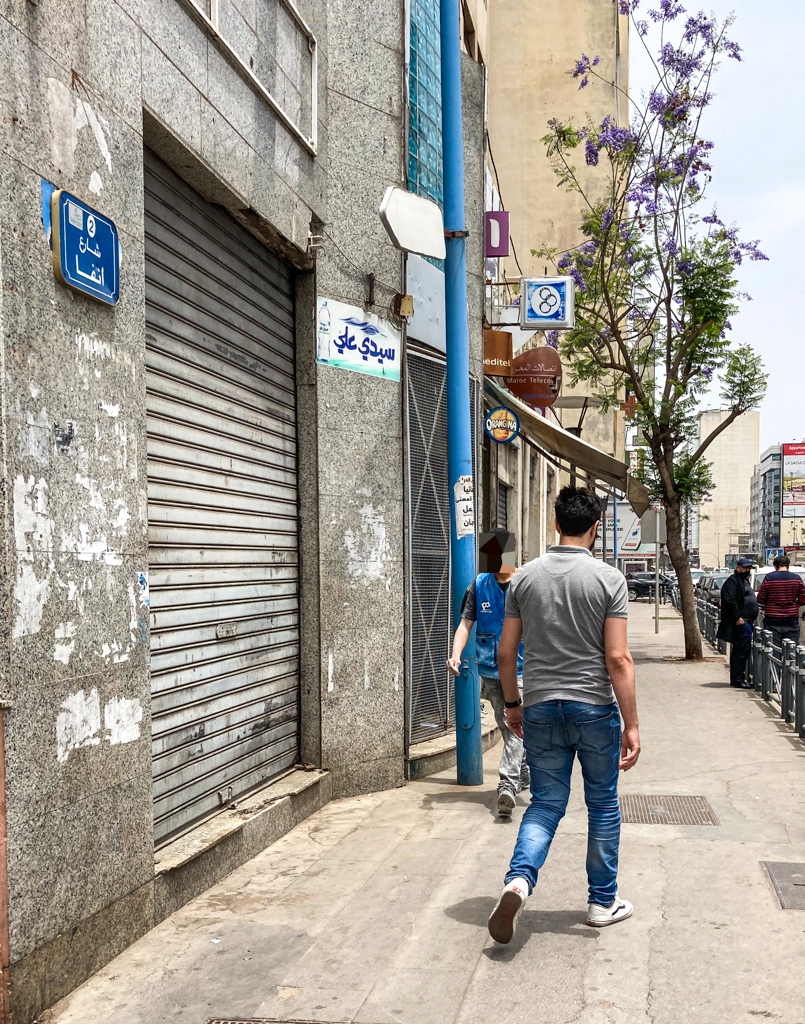 Advice from a queer immigrant on how to navigate within the rules of a homophobic society
Indra admitted that he had a certain privilege here as a foreigner, that he could get away with being openly gay. Much of the pressure against homosexuality comes from family, and he can escape that here. But he did have some advice for other foreigners visiting the country…

Never meet someone online without first exchanging multiple social media links and contact details, like Instagram, FB, or at least WhatsApp.
When meeting someone online for the first time, choose a busy, public place.
Don’t stay in a hotel, but choose an Airbnb instead. Most hotels won’t allow same-sex couples to share a room. Hotel security will prevent you from bringing outside guests into your room. 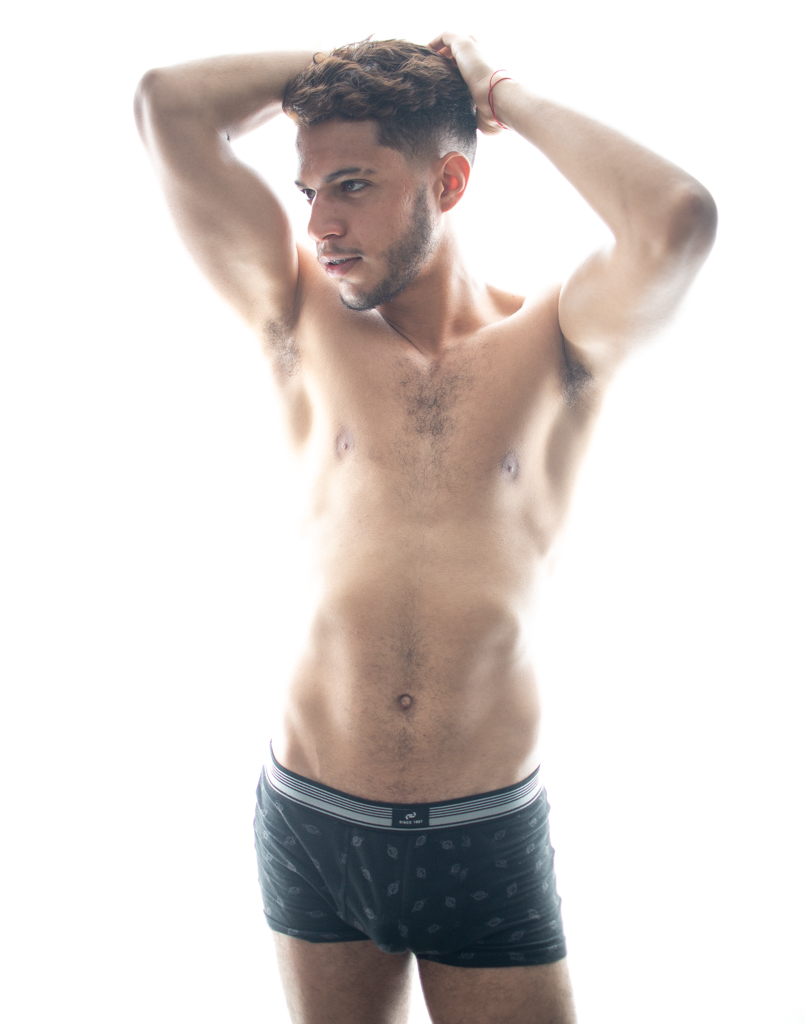 Fake it ’til you make it
Anas was a really fearless guy, with aspirations to be a model, so he could explain away our photoshoot. Even so, our shoot did not go easily. When we shot outdoors on Atlantic Ocean beach, we had a hard time avoiding the fuzz. Anytime we were spotted, they would come over and demand that I stop photographing, and sometimes they’d ask to see the photos on my camera roll as well. Their reasons were never clear, but the tone was always angry. Luckily, Anas had a way of charming the snakes and sent them away without too much trouble.
Anas’ swagger couldn’t help us when it came time to do the indoor shoot. I had mistakenly assumed that we were going to go to his place, but in the taxi, he let me down. “No way, my parents are there now, let’s go to your hotel.”
He didn’t seem concerned about entering my hotel, but our arrival created quite a fuss. I gave them a cover story: I was an anthropologist doing a story on local Casablanca life and we were going to my room to record an interview. They tried to offer me a meeting room instead, without charge, but I did my best to make excuses. In the end, they said he could come up, but for a maximum of thirty minutes. Someone would come to check on us if we were not back in time. They also took Anas’s ID to hold. Anas didn’t seem phased by the situation, even if I was in a bit of a panic. So once he was in my room I knocked the shoot out as quickly as possible, rushing him to the point of rudeness. 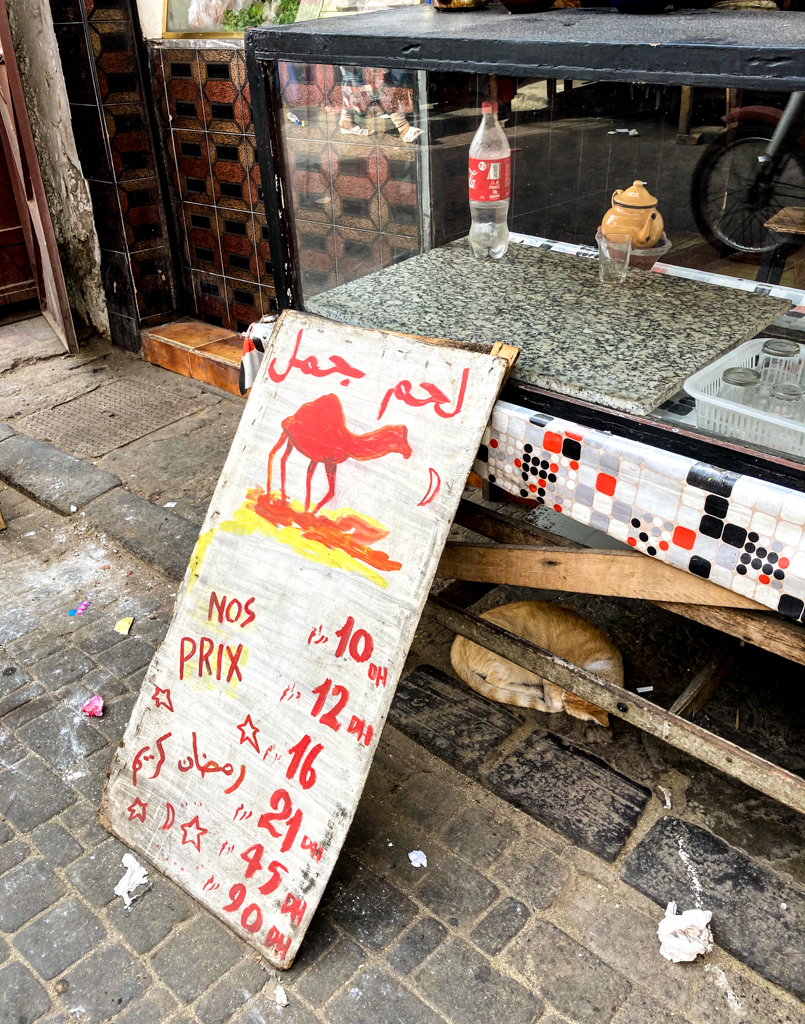 Not all gays want to leave Morocco
After the shoot, we had a bit of a chat outside and I asked him how he felt living with all these ‘rules’. I expected him to say that he was just used to it, but his response surprised me. He loves Morocco too much to leave it, no matter the advantages of living abroad. Actually, a majority of the men who I interviewed for the issue made it clear that their goal was to leave, mainly to go live in France or Switzerland.
My heart goes out to those who stay, no matter how hard life can be. I can only hope that things get better soon. LGBTQ Moroccans deserve to live openly and safely in the place they call home. 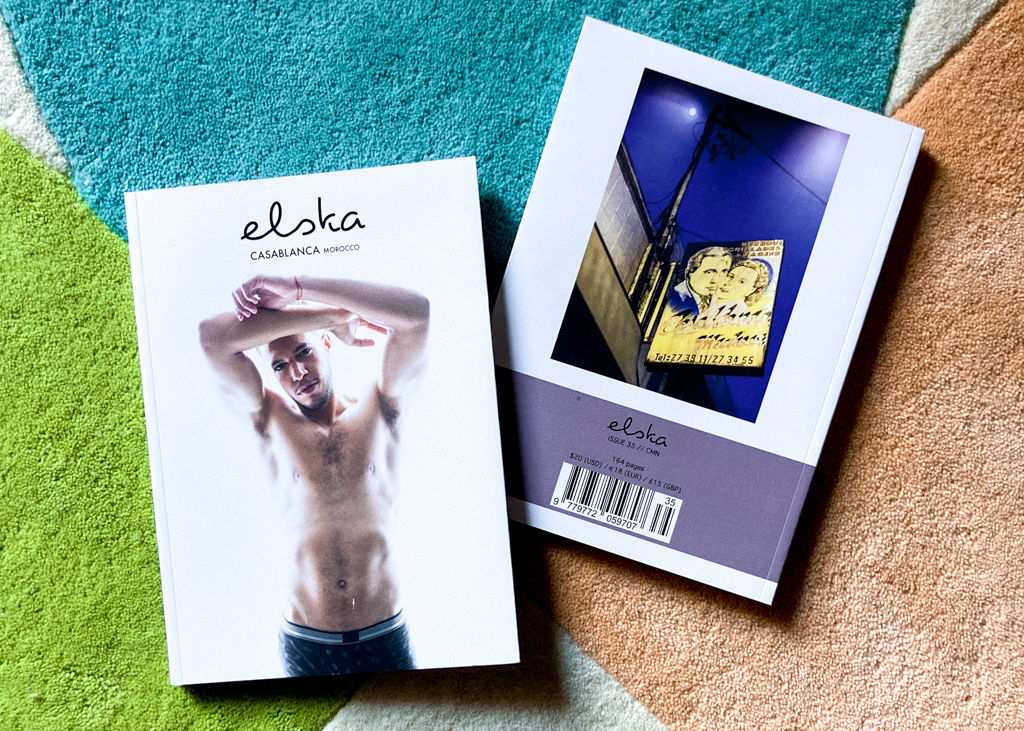 Liam Campbell is editor and photographer of the indie print mag Elska, a project centered on traveling around the world, meeting some everyday local gay guys, and introducing their city through honest photography and personal stories.
Elska Casablanca is out now in a limited edition two-volume print or e-version. A companion zine Elska Ekstra Casablanca is also available with outtakes, behind-the-scenes tales, extra boys, and extra stories.

Tags: advice, advice from a queer immigrant on how to navigate within the rules of a homophobic society, anas, Casablanca, choose, elska, elska magazine, gay moroccans are here^a| if you know how to find them, gay photographers, gay travel, hotel, lgbtq, liam campbell, living, local, meet, meeting, Morocco, not all gays want to leave morocco, online, outside, photo, place, room, shoot, strong, the messages came through faster than i could possibly imagine., willing